Dr. Ben Carson Announced As First Speaker for National Event Hosted by College of the Ozarks 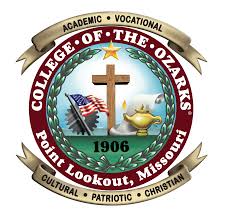 A former Presidential Candidate and Cabinet Member is the first speaker announced for a national event hosted by College of the Ozarks.

Dr. Ben Carson, who was the Secretary of the Department of Housing and Urban Development during the Donald Trump Administration, will be one of the speakers at the National Symposium on Patriotic Education which the school is hosting via livestream Sept. 16-17, 2021.

According to a release from the school, the purpose of the Symposium hosted by The William S. Knight Center for Patriotic Education at College of the Ozarks, is to revive historic American values and virtue on the eve of the 250th anniversary of America’s founding.

“There are many who talk about what is wrong with America,” said College President Jerry C. Davis says in the release. “At C of O, we believe there is much that is right with our country. We intend to take a leadership role in patriotic education by helping students of all ages learn about liberty, sacrifice, free enterprise, and service. Respect for these critical building blocks of our nation has eroded, and we intend to help restore that respect.”

Pre-registration is now open or the event. To learn more about the symposium, and to register, visit: https://cofo.edu/nspe