The songs you love, the latest country music news, and the hottest interviews from your favorite country artists- Taste of Country Nights has it all.

When you listen to Evan and Amber on Taste of Country Nights, you’re guaranteed lots of laughs and a dang good time!

No matter what you’re doing, you can count on Taste of Country Nights to help you get through the night! 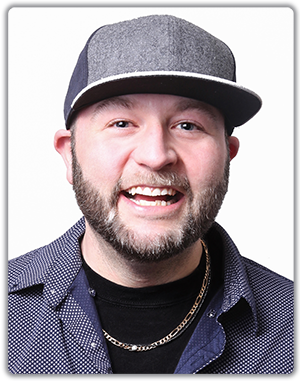 Evan Paul is the host of Taste of Country Nights, a country radio show broadcasting live from Nashville to more than 100 stations nationwide. The show features interviews and in-studio performances by country superstars.

Evan has been a professional radio host for more than 21 years. His career started when he was 17 at Western Carolina University, on the college radio station. His career has since included stops in Charlotte, Memphis, New York City, Detroit, San Diego, Philadelphia and Portland, Oregon.

Evan Paul met his wife Kristen in New York City in August of 2009. They are best friends and consider their relationship a blessing. Evan proposed to Kristen on the pacific coast highway in January of 2013, and they got married in New Jersey in October 2016.

In July of 2013, Evan decided he wanted to live a healthier lifestyle, and lose weight. Through his determination and motivation from his wife and family, Evan lost over 200 pounds. Evan has kept all the weight that he lost off, since 2014. He and his wife, Kristen, cook and bake healthy food that they both eat, to maintain his healthy lifestyle!

Evan and Kristen’s lives forever changed for the better on April 7, 2019 when their first child, Libby Mae, was born!

Evan, Kristen and their beautiful daughter reside in Nashville with their cat named Ninja and their cockatiel named Marlee.